Rules and Guidelines for Westerners reporting on Israel 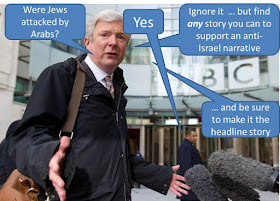 Updated October 2016
This rule book applies to all members of the Western media corps and is copyright of BBC, CNN, Sky News, the Sun, Guardian, Independent, Times.

The rule here is simple: Never report on any Hamas/Hizbollah rocket attacks against Israel (also note: there is no Israeli town called Sderot). There are only two exceptions to this rule:
Also note the following:

Every two years Hamas will launch a concentrated series of terrorist attacks and multiple rocket attacks (which, no matter how intense, must still not be reported) to draw Israel into a more robust response. In this case you must drop everything and use the following front-page template for the next 4 weeks. 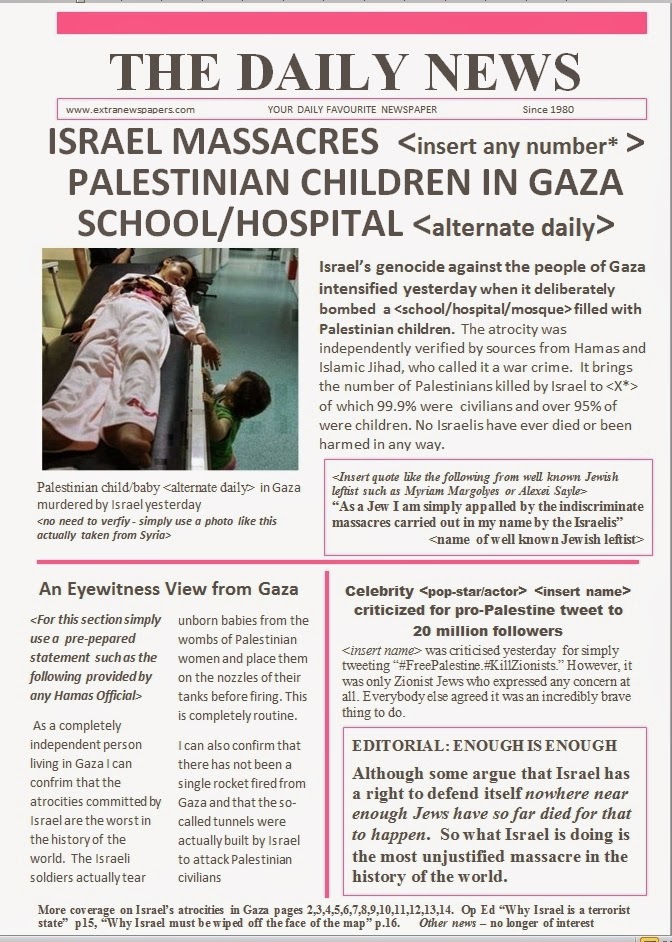 If there is any incident either in Israel or near its borders in which there are claims of Arab casualties you must write a report with the following headline:

For the numbers X and Y simply choose the highest figures from the following sources:
You do not need to state the source of your claim. In the unlikely event that an Israeli spokesman claims either a different figure, that the 'victims' were armed terrorists, or that the incident simply did not happen you may end your report with the following:


“An Israeli spokesman claimed, without evidence, that they ‘acted in self-defence’.

Note that there are certain circumstances where Arab deaths from violence should not be reported at all. This is when Arabs themselves openly claim to be the killers. This applies, for example, in the following cases:
If news of these killings does leak out into the Western media then simply write a brief statement including the words:


“The underlying cause of the violence was the oppressive Israeli occupation”

Any claims of deaths of Israelis during such incidents can be assumed to be false and hence ignored.

Remember the following important demographics in any report, especially relating to casualties:

If Israelis are killed in a terrorist attack, then treat this as an opportunity to take a vacation from reporting.

However, you should immediately return from your vacation if it is discovered that an Israeli family in Jerusalem is planning to build an extra bedroom to accommodate their new baby. In that case you should write a story with the headline

At the end of the article you can use the following statement:


An Israeli government spokesman claimed that the settlement plans were in response to what they claimed was a ‘terrorist attack’.

The only exceptions to this rule are as follows:


“Although the Israelis claim that a terrorist attack occurred at X, it is more likely to have been the result of a disgruntled Thai worker, Jewish militants intent on sparking anti-Arab violence, or simply a family dispute. ”

Make sure you never mention the widespread celebrations that take place throughout the Palestinian territories. Instead you should quote a Palestinian Authority spokesman, who having just led the celebrations with proclamations such as "This will be the fate of all Jews" in Arabic tells you in English that the Palestinian Authority do not approve of the attack as it damages their cause, and that in any case such actions are the natural response to the Israeli occupation. Never mention the fact that in Palestinian suicide terrorist attacks, children are always specifically targeted. Just stress that such attacks are the inevitable result of the 'occupation' and 'poverty'.

In simple terms military acts against terrorist groups and regimes which - when carried out by say American, European, Arab or even Russian forces would be cause for widespread celebration and international approval - are heinous war crimes if carried out by Israelis. This applies especially to:

Rule 12 (Speaking to the natives)

Never interview an Israeli Jew (Israeli Arabs, especially those belonging to the Islamic Movement can be used instead).  The only exceptions to this rule are:
To ensure this rule is adhered to it is safest to simply never speak to any Israeli Jew. Hence, make sure that whenever your are in Israel you either stay in the (Arab) American Colony Hotel Jerusalem or are hosted by a member of the Palestinian Authority or a person with a Haaretz press pass.

Any non-Arab in the region who is involved in violent anti-Israel activities is a peace activist. If such a person dies under any circumstances then you must state before any evidence is produced that this person “was killed by Israeli troops”. You must also put out an urgent call to all journalists in the world to write about nothing else for the next 7 days. Also contact every playwright to request a play dedicated to this martyr of the Palestinian cause.

Never use the services of an Arabic translator to find out what Arab leaders and clerics are telling their own people, as in “We will not rest until every Jew is dead”. This will ensure you do not have to waste time telling readers that they have directly contradicted what they told you in English (as in “We want peace with Israel”). It will also save you having to explain (or even report) that wild anti-Semitic conspiracy theories are believed by 99.999% of all Arabs. A simple rule of thumb is the following:

In the unlikely event that news of the translation gets into the main stream media you simply have to report that the translation is the work of MEMRI – a Zionist organisation dedicated to mis-translation to make Arabs look like anti-Semitic, homophobic, misogynistic psychopaths. If, even after that, the translation is proved to be accurate then you can simply say that the statement was "theatrical rhetoric which was never supposed to be meant literally".

Be aware that in most major stories where you are able to cast Israel as the devil incarnate, the Israelis subsequently produce hard evidence (videos, documents, etc) that prove they were not guilty of the claims that had been made. In such cases there is no need to report this evidence. However, if you wish to remind readers of the original story you can include the following words at the end:


“Israel has claimed that some of these accusations are not true, but sources cast doubt on the authenticity of the Israeli evidence”.

Under no circumstances ever mention that the Hamas Charter calls for the death of all Jews and cites the Protocols of the Elders of Zion for its inspiration. Similarly, never mention that, even after the Oslo accords, the Palestinian Authority has never renounced its own charter calling for the destruction of Israel and that every one of its leaders openly seeks the destruction of the Jewish State.


If you have any doubt about the content of a story, or if you simply cannot be bothered to write anything yourself, then simply copy and paste whatever Al Jazeera or Press TV is saying on its website. Or just use the template provided here for every day that the current conflict lasts. 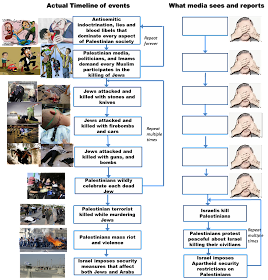 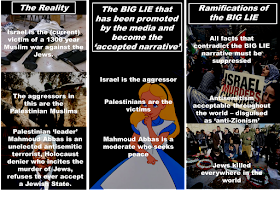 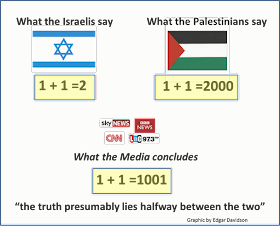